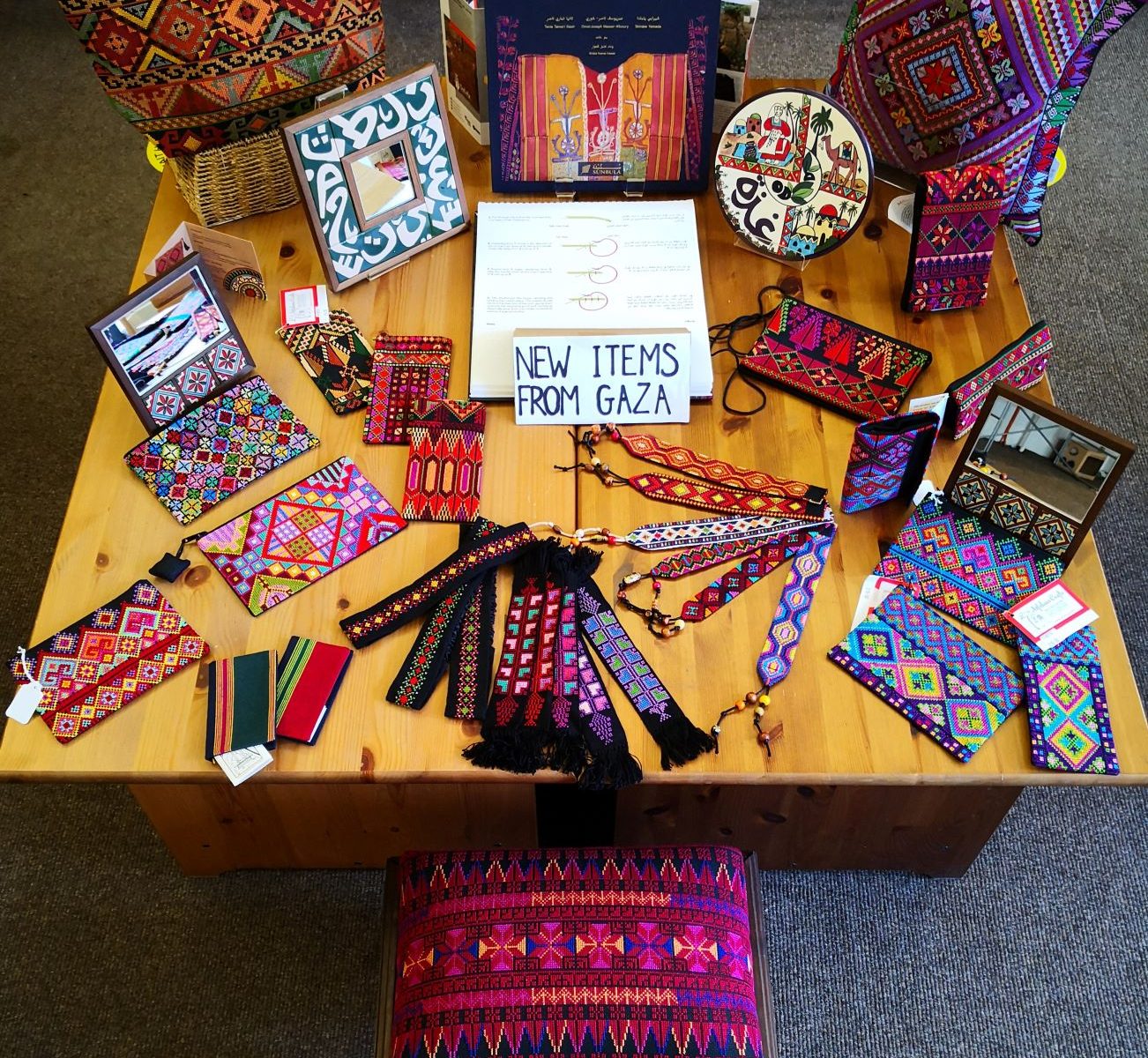 This project was conceived by Carol Morton towards the end of April, when she realised that the lockdown in Britain-Scotland-Edinburgh was going to be for a few months and that Hadeel would be closed during that time.  The lockdown was also present at the same time in Palestine, which meant that none of the groups that supply the merchandise for Hadeel were receiving any orders from around the world, and no sales to tourists either.

The travel restrictions to Palestine during the lockdown meant that the arranged visit-study tour to see new products, to be led by Carol and Ross Campbell in May, was cancelled.

The film Stitching Palestine, which we had hoped to show to the public this year, was seen earlier in the year by the staff, Council members and volunteers at Hadeel as an introduction. It illustrated the important role that embroidery plays in Palestinian history and contemporary society.

Carol and Ross devised a plan to advertise the ACE project to some of the key supporters of Hadeel.  The plan was that people would lend money to the project or donate if they wished to do so.  The money was ring-fenced and used for the sole purpose of purchasing embroidery, which is usually done at home by the women, whose freedom to travel is normally reduced due to the movement restrictions imposed on them by the Occupation. The Coronavirus only added to this immobility.  These women use embroidery as a therapeutic activity and as a source of income. This became almost nil during the lockdown.

The lenders were given a Loan Token with the value of their loan so that, on the arrival of the goods to Hadeel, they would come and use their Token in lieu of cash or card payment for any goods.  They could do that until the value was used up or, if they did not wish to use it all, they would donate the remaining money to Hadeel. This plan also covered those who wished to donate rather than lend their money as they received a Thank You note.

During the time Carol was ordering from and communicating with the groups, she continuously updated the Council and staff with their news and of the arrival of each group’s product. Replies from the groups, describing the difficult situation that had befallen them, were included in regular updates sent to the lenders/donors. All were informed when the goods arrived.  Invoices were paid immediately – in some cases partially prepaid, possible because of the loans so generously given.

Staff, volunteers, and customers are amazed by the resultant stunning embroidery display in Hadeel.  The goods are already proving popular and quickly being sold so that more orders can be sent to the four Palestinian embroidery groups in the West Bank and two in Gaza. The situation, with the rise in Covid-19 cases there, is worse now, with 4000-5000 cases daily, than when ACE began.

Between April and August, the ACE project raised £7,850 from lenders and donors with an additional £100 recently.  A big thank you to all who have contributed and to Carol and Ross.

We hope to see you in Hadeel soon.