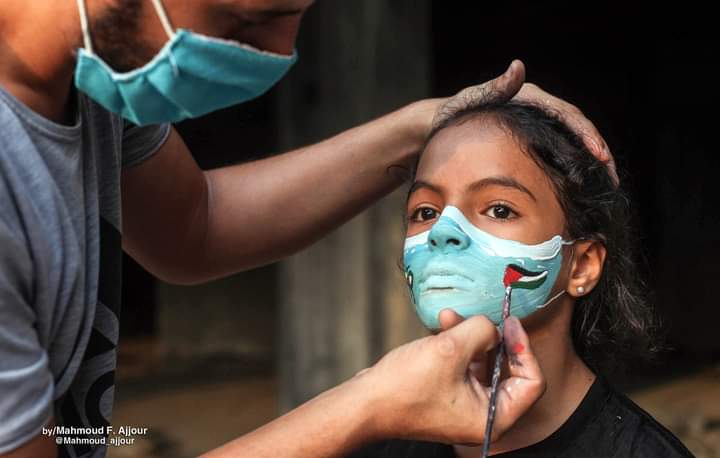 Gaza and the Global Pandemic

Near the end of March 2020 a lock-down took place in the Gaza Strip. Schools, mosques and other businesses had to close until further notice. At that time, there were no Covid-19 cases in Gaza; being the biggest prison on the planet- with restricted borders and people not having the freedom of movement in and out of Gaza, the virus couldn’t find a way in!  The lock-down measures took place to protect the Strip from any small chance of a spread of the virus, as the last thing that Gaza needed was a pandemic in the middle of an existing devastating reality. With two million people living in a 139 square miles territory, social distancing would be a big challenge and hospitals had hardly any resources to manage any cases.

In August 2020, the first two cases were confirmed; those were travellers who had come from the West Bank to the Gaza strip. This was the start of the spread of the virus in Gaza which resulted in the imposing of a very restricted lock-down/curfew on the Gaza Strip. People could not go to the shops or move about. As the majority earned their income on a daily basis, it was impossible for them to stock up for a longer period or worry about not having toilet paper!

The lock-down was hardly a new concept for the people of Gaza, having lived in an unjust siege for the previous fourteen years. Nevertheless, a lock-down within a lock-down had a catastrophic impact on the already crushed economy, with many businesses having to close-down. Families struggled to secure the day-to-day basics and were being driven to extreme poverty, whilst the government had no resources to support those affected.

Gazans, as always are resilient in the face of all adversity. Shops started home-delivery services for the first time – whether there would be enough fuel to keep the vehicles going, that’s a different story!

Despite the very limited resources and access to electricity restricted to only 4 hours a day, a small face-mask factory was established to make sure the locals were supplied with the needed masks for their protection. Artists used their talents to help children accept face masks by painting those on their faces (see photo). Teachers were also creative in producing online recorded classes and worksheets, with school children required to wait for their 4 hour slot of electricity to be able to do their school work. Schools also established competitions for children to produce videos about the necessary protective steps to take to avoid the virus. This engaged many children and helped in raising awareness among them in an exciting way.

Regardless of how hard the situation gets in Gaza, Palestinians always find a way with their creativity and resourcefulness to keep going. They teach the whole world a lesson – there’s always a way and there’s always hope, as there’s life.

* If you would like to support our producers from Gaza you can check out their products here.