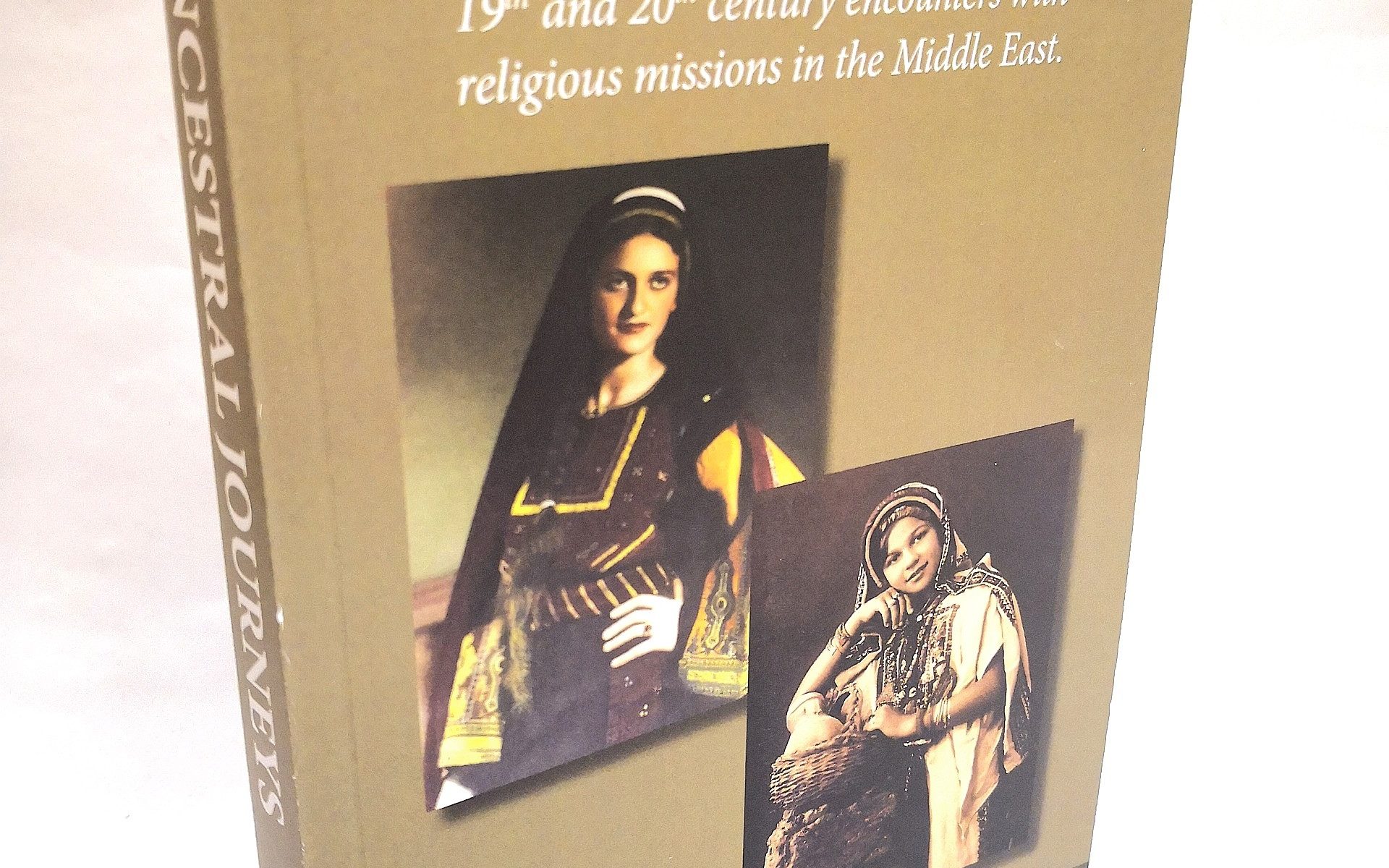 This is the story of two families, the As’ads who came from northern
Syria, and the Somervilles whose ancestors had arrived from Scotland
to Lebanon to live and work in the silk industry. Circumstances led to
the oldest daughter and son, of both families, one Syrian and the other
Scottish, meeting up and getting married. This marriage was the start
of a long journey for both families in Lebanon, Iraq and Palestine. As
the author shared much of their life, she was able to add her own
experiences to their records about the educational and political events
in the countries where they lived and worked.
Antonius As’ad, head of a family of eight, served as a lay Minister
frst in northern Syria with the American Board of Commissioners
for Foreign Missions, who were Congregationalist Presbyterians, and
then as an Anglican Minister with the Palestinian Anglican Church in
Mandate Palestine. During WWI he was drafted into the Ottoman army
as a medical orderly. Both he and his wife were strongly committed to
the education of women.
The Scottish family’s knowledge of Arabic from an early age was
instrumental in their employment prospects. After graduating from
the American University of Beirut with an MA in education, James
was appointed as a superintendent of education in the evolving Iraqi
educational system during British rule in Iraq in the 1920’s. Later, from
1932 to 1948 he was employed frst, during the British Mandate in
Palestine, as an assistant district commissioner in the Arab districts.
Later on he was promoted to Vice Consul and witnessed the British
withdrawal in 1948 from Haifa.
He shared in the tumultuous
events of those decisive years
in the history of Palestine.

ANCESTRAL JOURNEYS
19th and 20th Century Encounters With
Religious Missions in the Middle East
Written by: Anita Damiani-Shanley. 2nd Edition
Price: £17.00
Available to buy at:
https://www.hadeel.org/product/ancestral-journeys/
Family history is always fascinating. For anyone with an interest
in the Near East – and the influence of Christian churches, this
charming book is a must-read.
Damiani-Shanley, who now lives in Edinburgh and a member
at the city’s Polwarth Parish Church, has, with the support of
family, traced the history of her family – from their roots in the
silk industry in Scotland which took them to Lebanon, connecting
with the As’ads of northern Syria, resulting in the marriage of
the oldest daughter and son of both families and bringing
together two very different cultures through love.
The book traces the family journey through the Near East and
their encounters through school and society with many Christian
missions in the region and the social and political changes which
shaped the region during that time. The book will appeal to
those with an interest in the social and historical journeys taken
by families during the 19th and 20th centuries, but also to those
with a fascination for overseas mission – and the many
denominations which reached out during this time. 2nd edition.