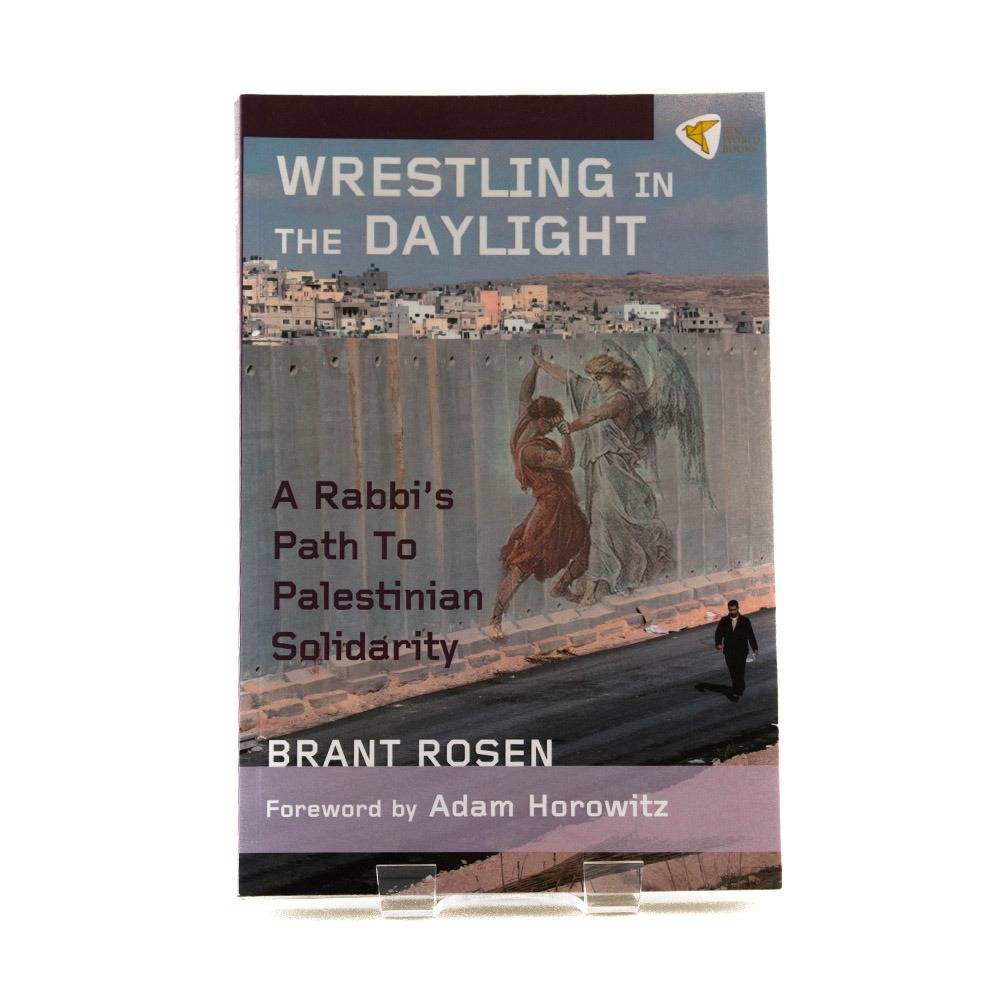 Brant Rosen – Wrestling In The Daylight

A Rabbi’s Path to Palestinian Solidarity

After Israel’s brutal military attack on Gaza in 2008-2009, Rosen began to question his lifelong Zionist beliefs. Unlike the biblical Jacob, who wrestled with his conscience in the dark of night, Rosen chose to “wrestle in the daylight” with this issue through many thoughtful essays on his blog. In this selection of content from Shalom Rav, Rosen includes both his own posts and those of his online commenters, granting readers unique insight into the largest controversy facing the American Jewish community today.

Wrestling in the Daylight is an insightful conversation on Zionism initiated by Rabbi Brant Rosen, a prominent Jewish activist from Chicago, on his social-justice blog Shalom Rav.