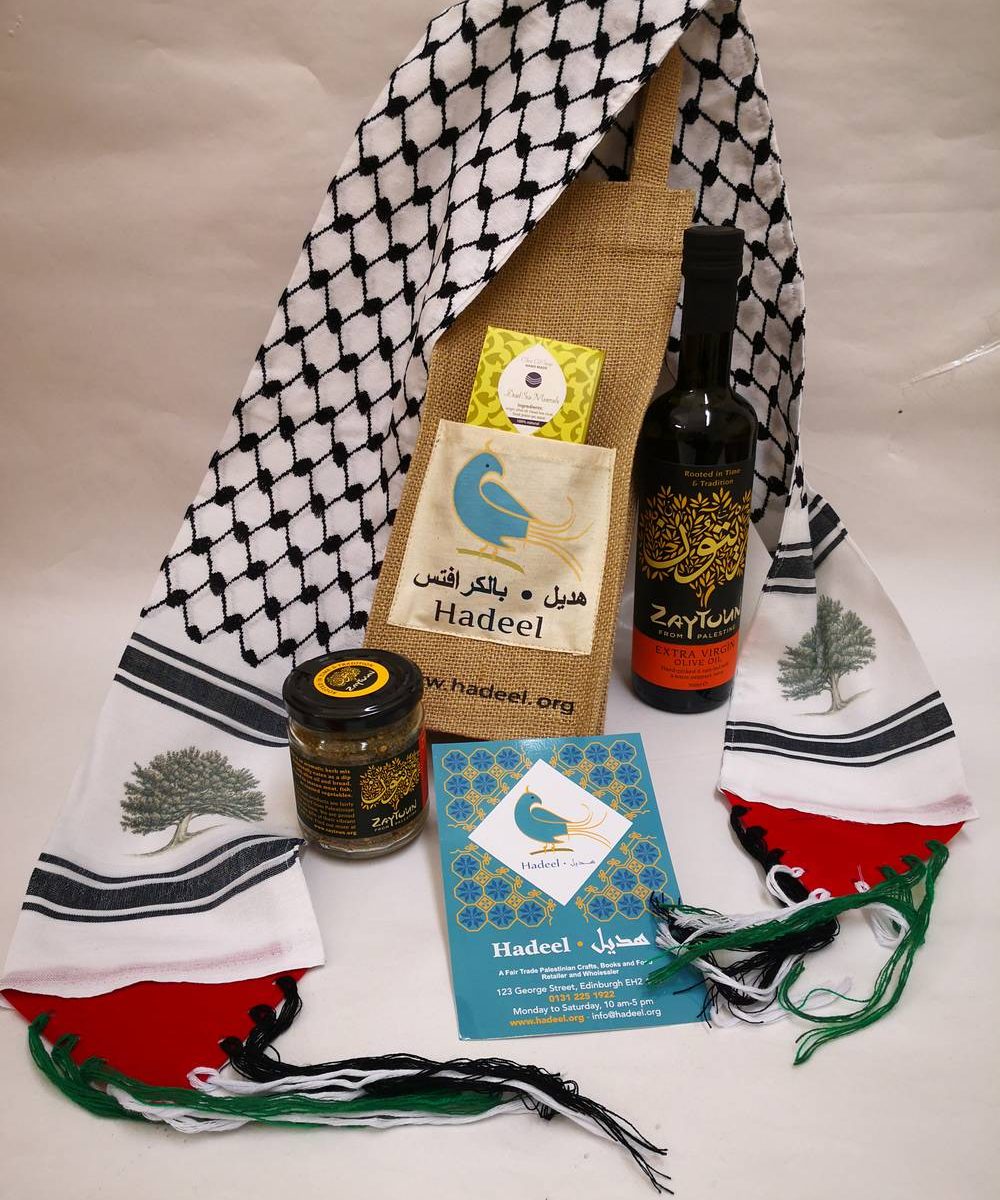 Handmade Fair Trade bottle Gift Bag (32cm in height) containing a 500ml bottle of  Extra Virgin Zaytoun Olive Oil, an 80g Jar of Za’atar and a 60g Dead Sea Minerals Soap in the front pocket both made by Sindyanna of Galilee, our Palestinian original scarf Kufiyah and our own complementary Hadeel post card.

Olive oil: Produced from rain-fed and hand-picked olives that have been pressed on the day of picking, this award-winning extra virgin oil connects you with farmers whose ancestors have tended their trees by hand for countless generations. Naturally organic and ethically sourced from small-scale farmers in the West bank, this is the world’s first olive oil to be awarded Fairtrade certification in 2009.

Zaatar: Zesty thyme herb mix. Delicious with olive oil on bread, in tomato salads or on roasts. Packed in an environment where nuts, Gluten and milk may be present.

Kufiyah Scarf: Hirbawi Textile Factory produces Kufiya, the iconic patterned scarves worn in the Middle East. The factory is “the only and the last” to produce Kufiyas in Palestine, says manager Abdul Hirbawi with some pride. Other countries in the Middle East where the Kufiya is popular, like Jordan or Syria, produce their own -slightly different- versions. Hirbawi is the only factory in Palestine producing the original Kufiya, which usually awaits sale in the factory’s small backroom shop.