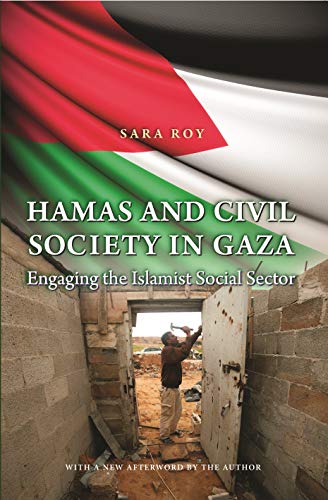 Many in the United States and Israel believe that Hamas is nothing but a terrorist organization, and that its social sector serves merely to recruit new supporters for its violent agenda. Based on Sara Roy’s extensive fieldwork in the Gaza Strip and West Bank during the critical period of the Oslo peace process, Hamas and Civil Society in Gaza shows how the social service activities sponsored by the Islamist group emphasized not political violence but rather community development and civic restoration.

Roy demonstrates how Islamic social institutions in Gaza and the West Bank advocated a moderate approach to change that valued order and stability, not disorder and instability; were less dogmatically Islamic than is often assumed; and served people who had a range of political outlooks and no history of acting collectively in support of radical Islam. These institutions attempted to create civic communities, not religious congregations. They reflected a deep commitment to stimulate a social, cultural, and moral renewal of the Muslim community, one couched not only–or even primarily–in religious terms.

Vividly illustrating Hamas’s unrecognized potential for moderation, accommodation, and change, Hamas and Civil Society in Gaza also traces critical developments in Hamas’s social and political sectors through the Second Intifada to today, and offers an assessment of the current, more adverse situation in the occupied territories. The Oslo period held great promise that has since been squandered. This book argues for more enlightened policies by the United States and Israel, ones that reflect Hamas’s proven record of nonviolent community building.

In a new afterword, Roy discusses how Hamas has been affected by changing regional dynamics and by recent economic and political events in Gaza, including failed attempts at reconciliation with Fatah.