Due to the coronavirus situation, our online shop and our Edinburgh shop are both closed until further notice. However, your donations are welcome, especially at these times of hardship for us and our Palestinian suppliers (click the blue "Donate to Palcrafts" button below).

Stay safe and thank you for your understanding. 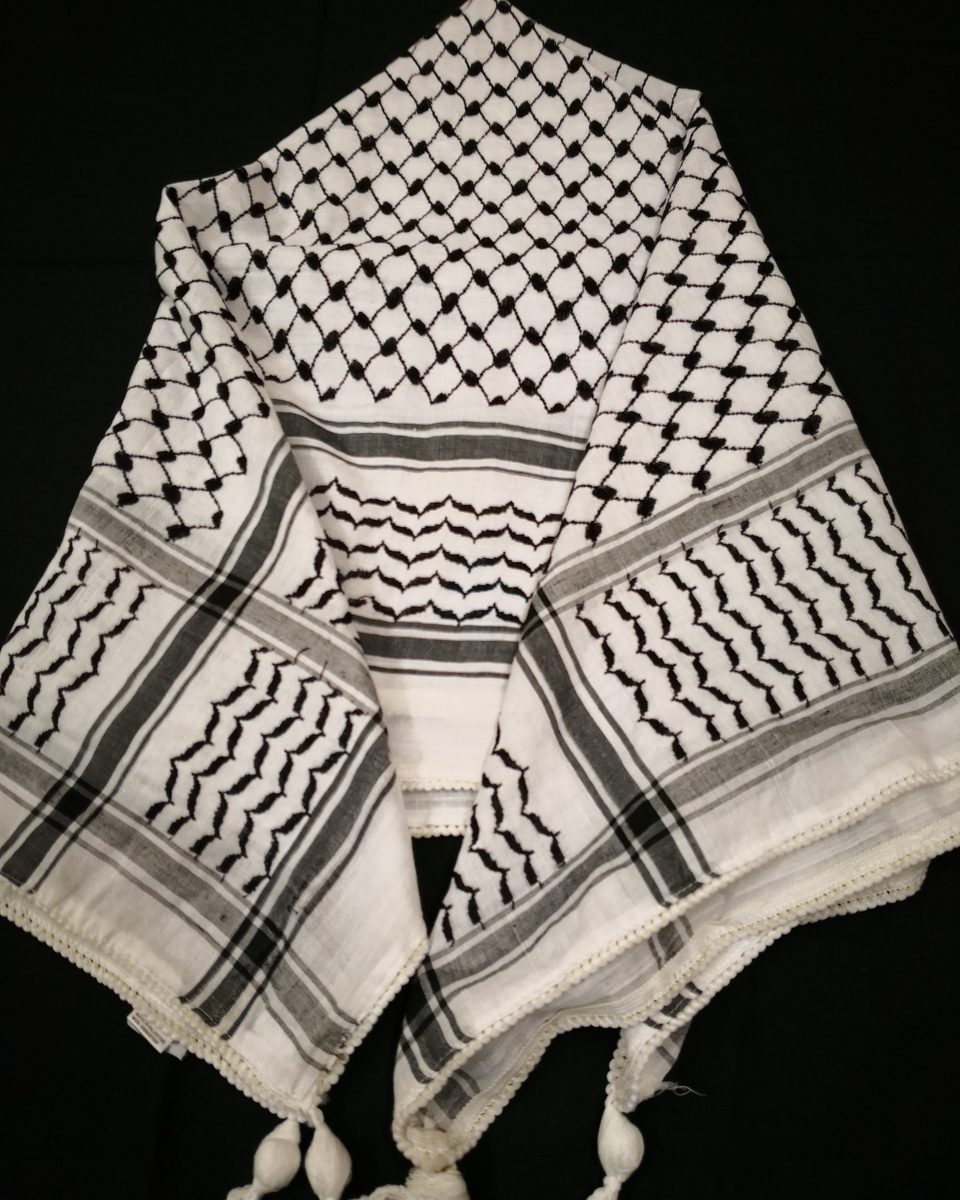 Hirbawi Textile Factory produces Kufiya, the iconic patterned scarves worn in the Middle East. The factory is “the only and the last” to produce Kufiyas in Palestine, says manager Abdul Hirbawi with some pride. Other countries in the Middle East where the Kufiya is popular, like Jordan or Syria, produce their own -slightly different- versions. Hirbawi is the only factory in Palestine producing the original Kufiya, which usually awaits sale in the factory’s small backroom shop.

Hirbawi Textile is located in the city of Hebron, (known in Arabic as Al-Khalil) the biggest city in Palestine’s West Bank. Hebron has been a hot spot in the conflict between Palestine and Israel. Extremist Israelis have settled in the center of Hebron, leading to almost daily violence between settlers, Israeli soldiers, and Palestinian residents. The factory is unassuming, tucked away on a quiet residential street.

The factory was started over 50 years ago by Yassar Hirbawi, and is now run by his three sons and a family friend.