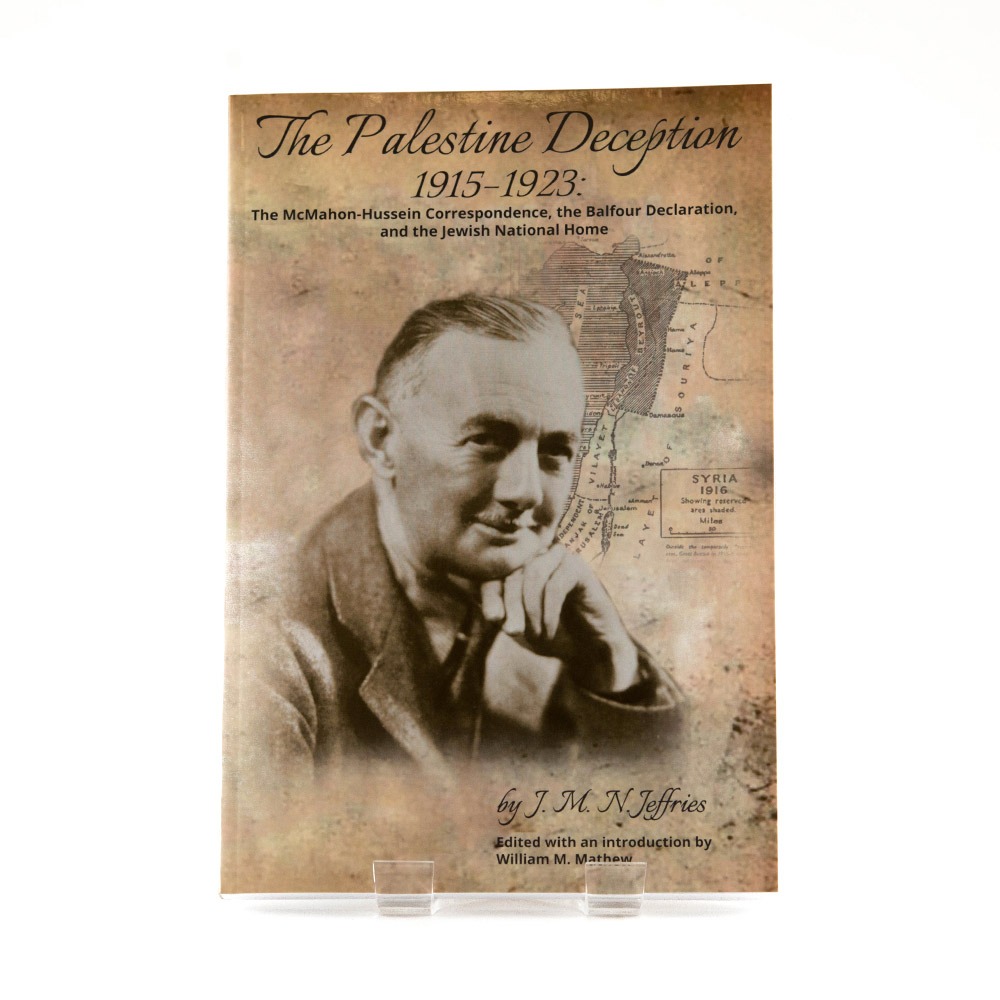 The Palestine Deception, 1915–1923: The McMahon-Hussein Correspondence, the Balfour Declaration, and the Jewish National Home.

Historian William Mathew publishes a series of articles from the Daily Mail of 1923. These presented a hitherto uninformed British readership  with details of official promises made to the Arabs in 1915-16 of post-war independence for Palestine in exchange for their support in the struggle against the Ottoman Empire and its German ally – something that London later reneged on.

These articles, vivid in their documentation, wit, and argumentative power, are published in edited, annotated form by the Institute for Palestine Studies, Washington D.C.,

J. M. N. Jeffries, formerly a war correspondent in Europe and the Middle East, working for Britain’s largest-selling newspaper, the Daily Mail, was sent to Palestine in 1922 by its owner, Lord Northcliffe, to report on its developing political and economic affairs—just five years on from the Balfour Declaration and its promise of British support for the establishment in Palestine of a Jewish national home. A Zionist Commission had arrived there in April 1918 and working, often tensely, alongside British military and civilian authorities, had succeeded in setting up a nascent Jewish polity—the nature and implications of which Jeffries sets out to appraise.