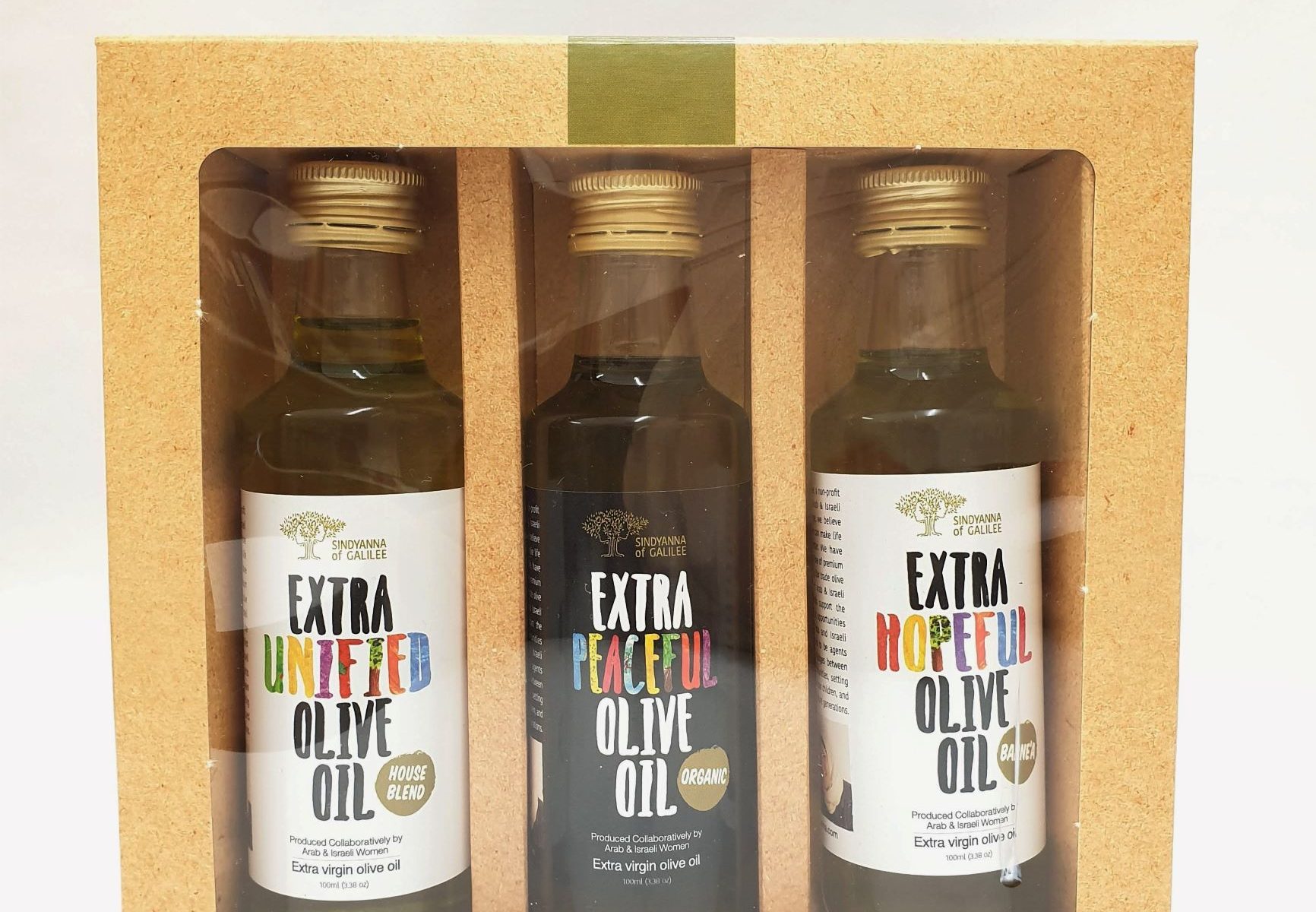 Each bottle of Extra Virgin Olive Oil is 100ml.

Produced by Sindyanna of Galilee, an organisation run entirely by Arab and Jewish women.  Sindyanna joined the World Fair Trade Organisation (WFTO) in 2003.  Established in 1996, it aims to advance the Arab economy in Israel and to help preserve the land.  Olives have been the mainstay of Arab farmers for centuries.  Israeli authorities discourage sales of Arab-grown olive oil and since 1948 have confiscated over 70% of Arab-owned land. Oil which cannot be used for food is made into soap which is made by traditional methods in Nablus, then cleaned, packed and exported by Sindyanna. As well as the original soap, other varieties are now stocked – honey, pomegranate, lemon, sage, Dead Sea mud.  Za’atar is sourced from Palestinian farmers in the Jericho area. Traditional baskets are made in a women’s project with a new centre with modern shop in Cana. Recently they began a cookery project for Arab women, hoping new skills will enable them to find work in catering.  In  2012 our study tour visited the centre and the Scots Olive Grove being developed in partnership with the Church of Scotland.