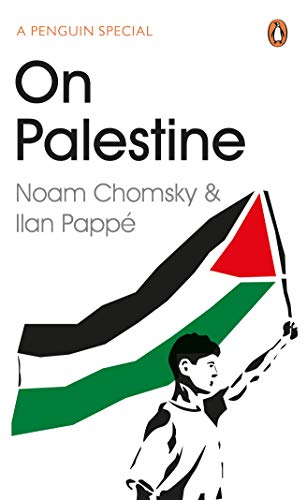 “On Palestine”, the sequel to the acclaimed “Gaza in Crisis”, is Noam Chomsky and Ilan Pappe’s indispensable update on a suffering region.

When they write or speak about Palestine, few academics on the left command the same attention as Noam Chomsky and Ilan Pappe. This joint effort, a sequel to the 2010 book Gaza in Crisis, is titled simply On Palestine.

The book, which runs to approximately 200 pages, is notable not only for the many issues on which the two men agree but also for their disagreements. Both center on some of the principal strategic and tactical issues facing the global Palestine solidarity movement.

These include applying the “apartheid model” to Israel, the effectiveness of the boycott, divestment and sanctions (BDS) movement, and the debate over the one-state and two-state solutions. For these discussions alone, this book merits attention.

Written in the aftermath of Operation Protective Edge, Israel’s most vicious assault on Gaza to date, which left thousands of Palestinians dead, ten of thousands homeless, and crippled the infrastructure of the strip, Chomsky and Pappe address some of the most perplexing questions arising from Israel-Palestine such as why Israeli propaganda has still largely succeeded in portraying the conflict as “complicated” when in reality, as Pappe puts it, it’s a familiar and simple case of settler colonialism.

Ilan Pappé and Noam Chomsky, two leading voices in the struggle to liberate Palestine, discuss the road ahead for Palestinians, the importance of framing the struggle in terms of decolonization, and how the international community can pressure Israel to end its human rights abuses against the people of Palestine.

Noam Chomsky, one of the most cited scholars in modern history,  is one of the foremost critics of US foreign policy in the world. He has published numerous groundbreaking books, articles, and essays on global politics, history, and linguistics.

Ilan Pappé is the bestselling author of The Ethnic Cleansing of Palestine: A History of Modern Palestine and The Israel/Palestine Question.

Frank Barat is a human rights activist and author. He was the coordinator of the Russell Tribunal on Palestine and is now the president of the Palestine Legal Action Network.